Is corporate wrongdoing systemic or a matter of mere negligence? The answer to that question is about to gain clarity, as the DOJ updates their approach to corporate criminal enforcement and makes a push to encourage good behavior. For businesses that have lagged to assess their compliance program’s health, now is the time to identify risks and mend crucial gaps.

Is corporate wrongdoing systemic or a matter of mere negligence? The answer to that question is about to gain clarity, as the DOJ updates their approach to corporate criminal enforcement and makes a solemn push to encourage good behavior.

The takeaway? No matter which side of the coin corporate wrongdoing may fall, less immunity will be granted in the days and weeks ahead. And for businesses that have lagged to assess their compliance program’s health, now is the time to identify risks and mend crucial gaps.

In this blog I’ll share information that will help you align with new DOJ priorities and avoid collateral consequences in the areas of:

A little over a year ago in October of 2021, the DOJ published the pronouncement, "Corporate Crime Advisory Group and Initial Revisions to Corporate Criminal Enforcement Policies,” making clear that “business as usual” would no longer be an acceptable stance in corporate crimes prosecution. Under the Biden administration’s Department of Justice, the pronouncement stated that wrongdoers who commit and profit from white collar crime face potential for greater government investigation. But true to the legacy of most early warnings, many businesses delayed adopting new standards or internal controls to monitor and detect crimes.

On September 15, 2022, a 15-page DOJ memorandum was released, pressing companies to implement more robust compliance efforts immediately. This memorandum, Further Revisions to Corporate Criminal Enforcement Policies Following Discussions with Corporate Crime Advisory Group, coupled with the prior year’s pronouncement, formalize a more aggressive approach to the discovery and prosecution of corporate crime by the DOJ.

Haphazard evaluation of corporate misconduct is no longer an option. Companies that wish to ensure total protection of their interests must engage counsel early to swiftly evaluate misconduct and exercise appropriate disclosure to authorities.

New guidance: What to expect

For the purposes of this blog, I’m going to highlight the five key areas of the DOJ’s updated guidance and tell you what you need to know to drive greater accountability, avoid penalties, and promote good behavior within your business.

It’s no secret that most companies are slow or reluctant to disclose potential wrongdoing. After all, it’s human nature to protect what’s ours and defend our reputation from threats. But under the new corporate crime enforcement playbook, Deputy AG Monaco stresses that individual accountability will be treated as a priority with additional emphasis on speed of disclosure.

While individual accountability has been a pillar of DOJ enforcement since 2015, the prior administration’s relaxed take on the policy prompted new need to “do more and move faster,” according to Monaco.

Any company under DOJ investigation that intentionally delays the disclosure of information pertaining to potentially guilty employees, vendors, or contractors will receive reduced cooperation credit or denied credit completely. It’s now imperative to report evidence of individual wrongdoing to the DOJ quickly and transparently, as prosecutors aim to finalize individual prosecutions or develop full investigative plans before settling.

Historical misconduct can be difficult to evaluate, but under new DOJ guidance, a more holistic view will be used to assess pending resolutions. Expect greater scrutiny on prior conduct involving the same personnel as a current matter being investigated, and less emphasis on criminal conduct that occurred 10 or more years prior (five or more years prior for civil or regulatory violations).

For companies acquiring entities with a poor record of compliance, the DOJ makes considerations where the acquisition resulted in the improvement or development of a more comprehensive compliance program.

Under this new guidance, repeat offenders face the harshest consequences, while the nature and circumstances of prior misconduct will be compared to similarly situated companies.

The most effective tool for gaining leniency, immunity, and reduced penalties for corporate crime remains voluntary self-disclosure. While the DOJ has always incentivized the disclosure of misconduct, Deputy AG Monaco stated recently that companies should expect “concrete and positive consequences” from voluntary and timely disclosures going forward. In other words, every element of the DOJ that prosecutes corporate crime now contains a formal, documented policy that incentivizes voluntary self-disclosure. For companies that voluntarily self-disclose misconduct but have in place an effective compliance program, the DOJ will not require an independent compliance monitor as part of final resolution.

Aggravating factors notwithstanding, cooperation and favorable resolution are the end goals of DOJ’s expansion of voluntary self-disclosure guidance. Expect the standardization of certain incentives across all components of prosecution.

Does your company adequately fund a compliance department? Does it adopt compensation incentives and penalties that promote compliance? If not, get ready to implement such measures. The DOJ’s renewed focus on individual accountability has expanded to give general counsels and compliance officers the tools needed to enforce responsible corporate behavior and impose consequences on risky or criminal conduct.

As part of this compensation incentive guidance, the DOJ will assess whether a company uses metrics and benchmarks to reward compliant behavior and will look for clawbacks that discourage and punish individuals (particularly, high-ranking officials in management) who engage in corporate misconduct.

To address concerns around the purpose of compliance monitors, Deputy AG Monaco has stated that under new guidance, “the scope of every monitorship is tailored to the misconduct or compliance deficiencies of a company.” This extra layer of oversight is designed to help prosecutors identify, select, and oversee compliance monitors. But perhaps most importantly, reforms in this area require the monitor to stay on task and on budget. For companies with a line item for “monitors” in their budget, reassurances around more controlled costs may feel like welcomed news.

There’s no telling how many more prosecutions will take place under the DOJ’s expanded corporate criminal enforcement, but one thing is clear; significant more action will be taken on the compliance front, impacting the way that companies, in-house counsel, and outside lawyers approach investigations.

Companies that have not yet evaluated their compliance programs, made investments around compliance, or implemented enhancements that are consistent with DOJ expectations are out of time to get started. Further, companies that wish to preserve the ability to take advantage of DOJ incentives and maximize cooperation credit in the event of an investigation must begin auditing and testing their programs regularly — now.

If you need help navigating DOJ’s evolving guidance or driving important conversations around corporate compliance, consult with experienced counsel or advisory. But more than anything, remember — a strong compliance program and voluntary self-disclosure are everything. Together, they’ll yield significant benefits most likely to result in a favorable resolution should you find yourself in the grips of a governmental investigation.

Next steps for your organization

We live in a world of rules. Compliance with those rules is critical, not only to protect your organization from regulatory actions, fines and reputation damage but also because it’s the right thing to do to protect our stakeholders. However, managing compliance is a formidable task for most organizations due to the sheer quantity of requirements. Find out out more in Protecht's free The Complete Guide to Compliance and Compliance Risk eBook. 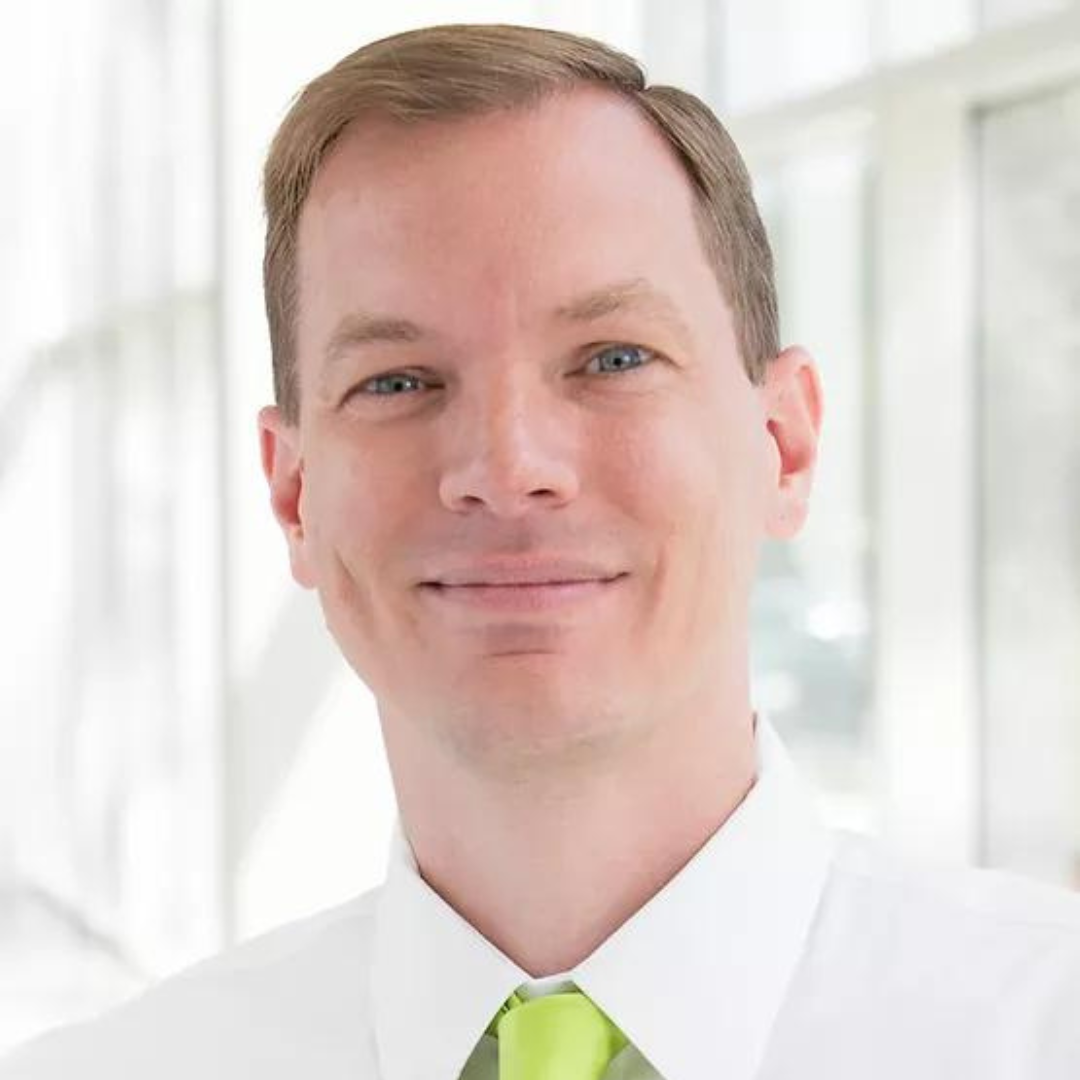 James Green is the co-founder of Illuminate Advisory. He is an advocate of intelligent risk taking, driven by the belief that risk can be a powerful tool to help organizations reach their maximum potential. James uses the breadth of his experience to help C-Suite figures and their organizations to address the rapidly evolving risks that shape the world today. 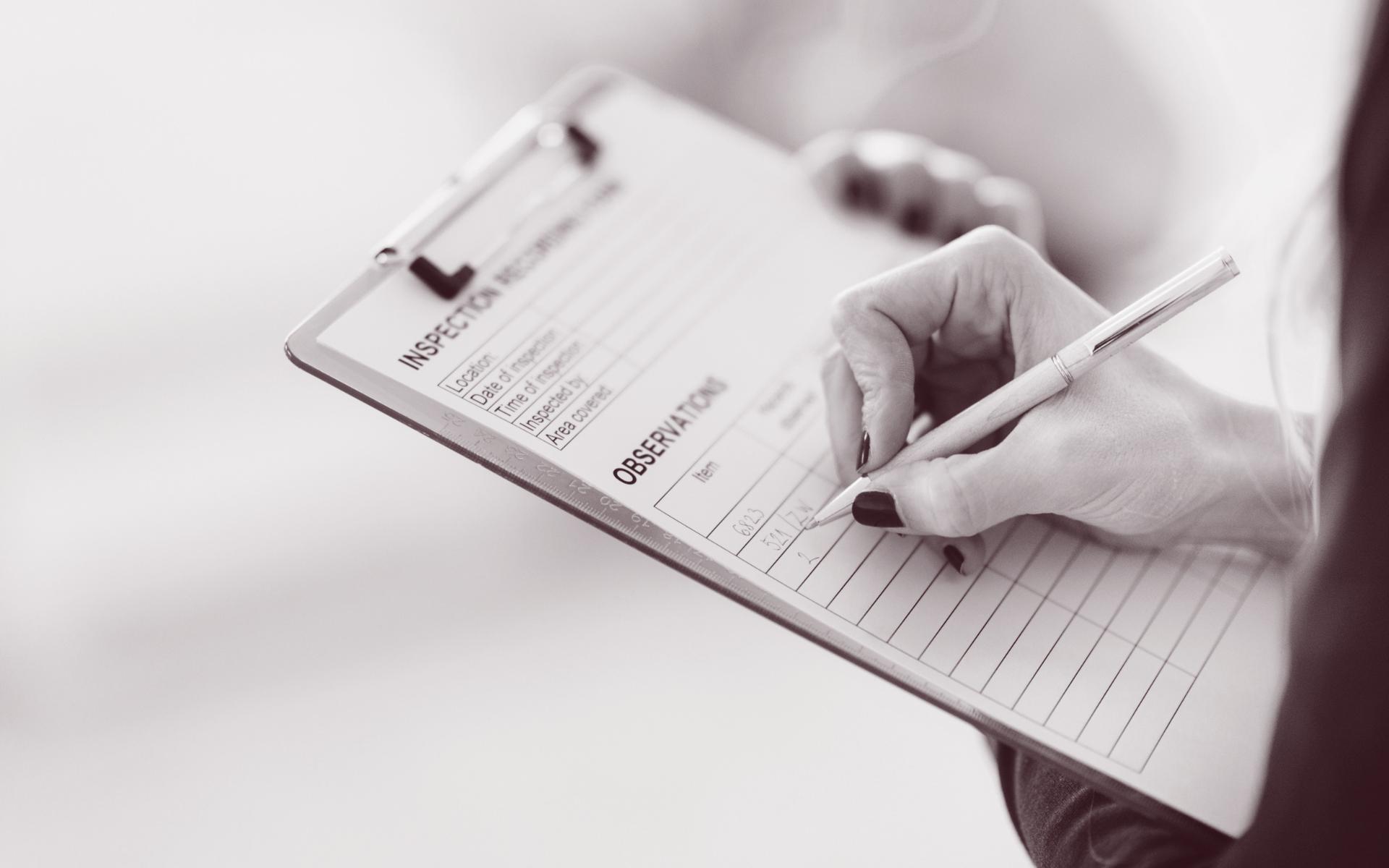 I often see the fields of risk and compliance confused and intermingled, but they are two different disciplines. I’ve observed assumptions that risk...
Read more 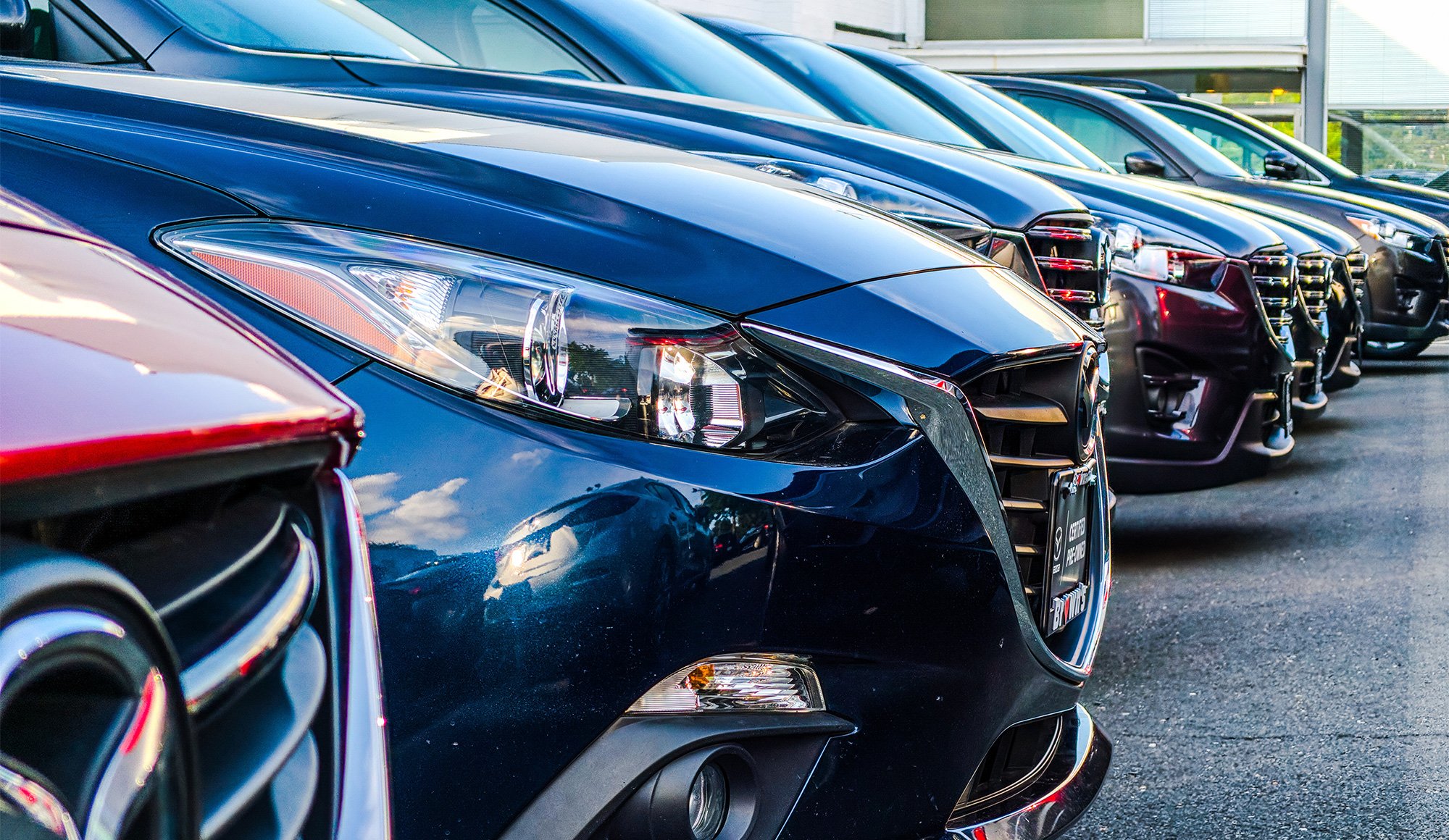 How NZAA took ownership of risk and compliance management

The visuals in terms of the insights and graphs that Protecht can provide are really out of this world. It’s literally been life-changing for the...
Read more 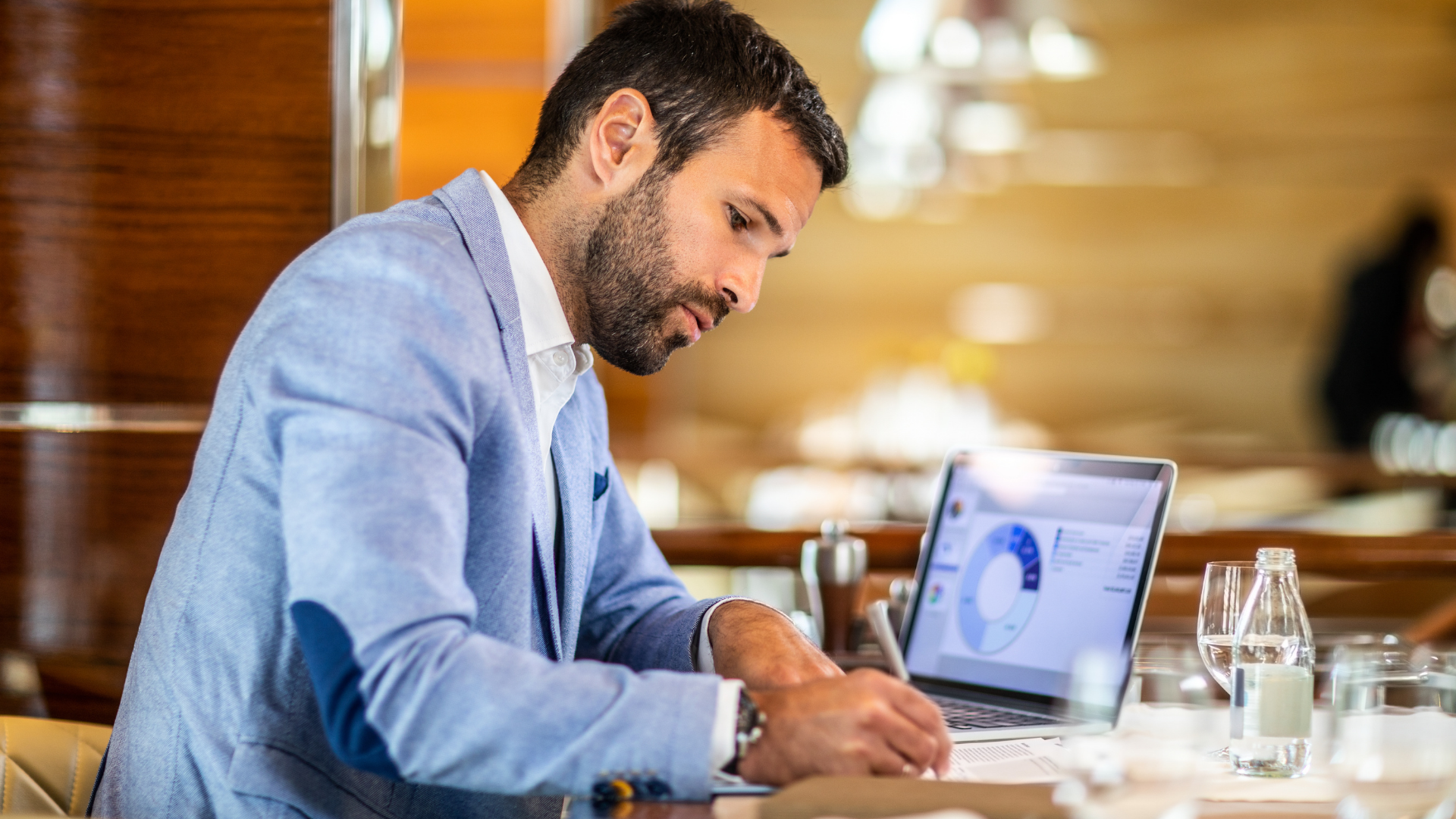 The insurance industry has been impacted heavily by COVID and extreme weather events. Insurers have had to respond and adapt to such issues as legal...
Read more